About Us
Our story begins in 2018 in the remote village of Kavule, Uganda where nine healthcare volunteers from Waves of Health participated in a medical mission. The goal of the mission was to provide quality primary healthcare and treatment to local villagers. On this trip, Alexandra Cruz, one of the team’s pharmacists, met a sweet, six-year-old girl named Ndagire Kevin who was malnourished, spoke no English, had ringworm on her head, and did not know her birthday. Wanting to know more, Alex quickly learned that Ndagire was born in Kavule to a mother who abandoned her when she was barely a year old and to a father who was a 75-year-old alcoholic. While being cared for by her father, Ndagire was forced to accompany him to drink, and then slept on the roadside with him until he sobered up. As a result of such negligence, Ndagire was rescued by a social worker named Sister Bernadette, who is Waves of Health’s in-country partner.
Although Ndagire faced many hardships, she always had a smile on her face and was thrilled to stay with the team during the medical mission. During Alex’s one week stay in Kavule, a strong bond developed between the two despite not knowing the same language and being unable to communicate through spoken words without the assistance of a translator. At the end of the trip, Alex was so moved by Ndagire and her story that she offered to sponsor Ndagire to go to boarding school knowing that such an opportunity would afford Ndagire a quality education, an eventual way out of poverty, and an overall better life. Today, nearly three years later, Ndagire is thriving. She now speaks English fluently, has improved her grades, is well fed, healthy, well taken care of, and most importantly is happy. She and Alex maintain a relationship and see each other twice a year. For the cost of a daily small coffee, Ndagire has been given a taste of a life she would have never known otherwise.

After returning home from Uganda, Alex shared her story with her friends and family. Immediately, her sister, Kristina stepped in to sponsor a now classmate of Ndagire, Namugenyi Stella. With the generosity of their friends and family, Alex and Kristina have been able to find sponsors for 16 children at different schools of various ages and circumstances. They visited the country together in August 2019 and had the opportunity to meet the sponsored children. Seeing the impact of how these sponsorships have changed the trajectory of these children’s lives, strengthened their desire to want to do more. Believing that education creates opportunity, a way out of poverty, and improved health outcomes, Alex and Kristina decided that the best way to support an impoverished community would be to build a primary school that provides quality education and opportunities for success and thus Waves of Education was born.

We have additionally partnered with in-country partner, the Little Sisters of St. Francis. LSOSF has been in existence since 1923. They own land throughout Central Uganda and successfully operate 24 primary schools in the country. LSOSF lives and works alongside the community in both education and health ministries to ensure that the needs of the community are met.

Waves of Education strongly believes that by providing quality education, healthcare, and various training programs/opportunities that we can achieve our vision of empowering a local community to change its narrative and rise above poverty. 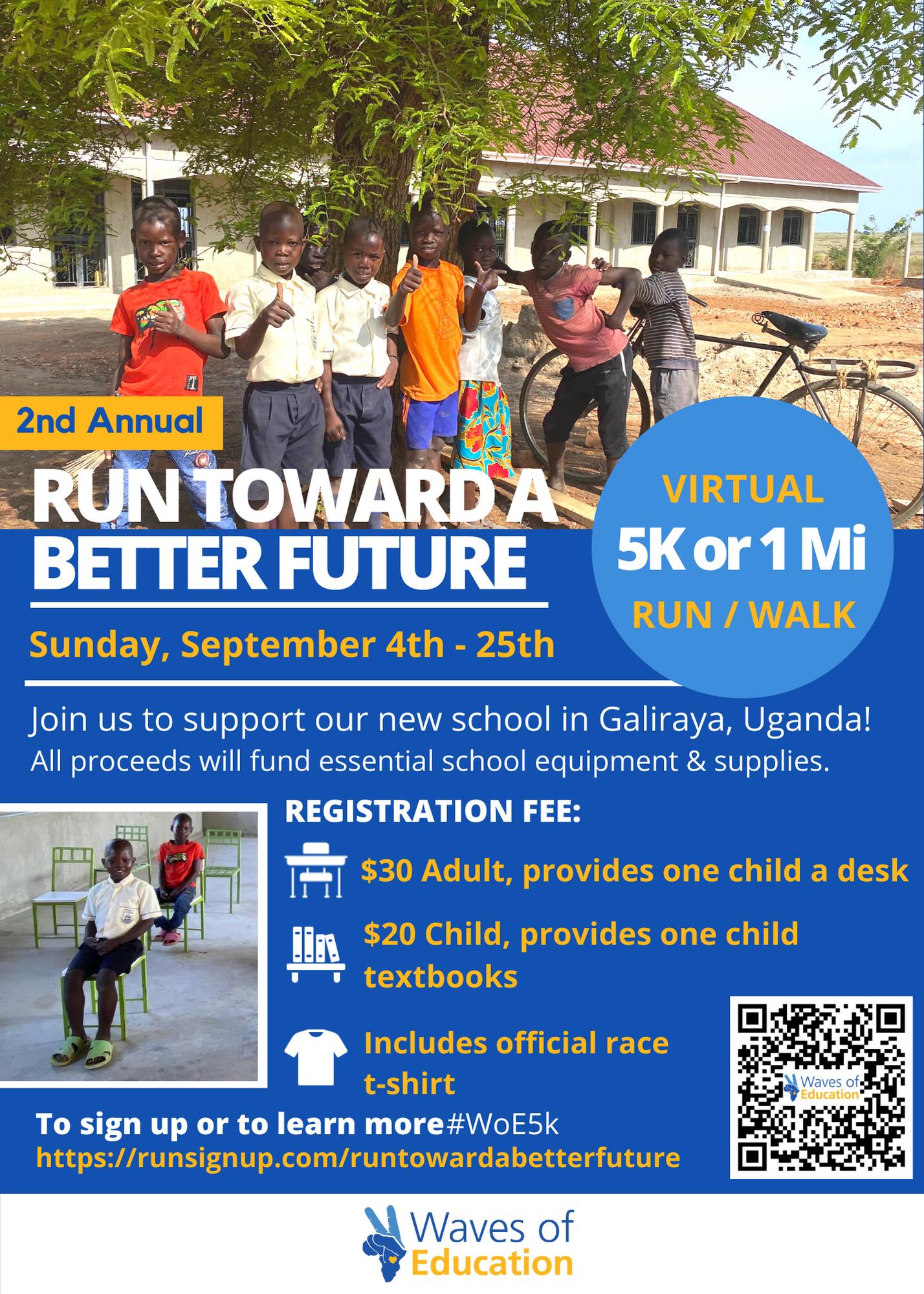